Get a free quote

Glencore is one of the world’s largest producers and exporters of seaborne traded thermal and coking coal. In 1974, Glencore launched its operations in South Africa, and currently operates four coal complexes geared towards the production of thermal coal for export and domestic power generation. One such complex, Glencore Impunzi, is a large coal mining operation located in Witbank, in South Africa’s Mpumalanga province.

In 2019, the mine produced 139.5 million tons of coal in total, from their various mines across South Africa, Colombia, and Australia. Producing coal at this magnitude is no easy task, and for large drilling equipment, the lengthy drilling hours start to take its toll on the performance of the equipment.

Off-road applications require frequent greasing to keep the machines in operation. Although greasing can be time-consuming – if done manually – it is an essential preventative maintenance task. Ensuring that heavy equipment remain operational, is of vital importance, especially in the case of a mine, where the downtime of critical workhorse equipment (such as a drill) can be costly.

The mine, therefore, undertook a major mid-life rebuild of the DM30 Drill to repair, refurbish, and assemble parts for the overall improvement on its performance. Old equipment will either be discarded, repaired and kept as spares, or completely replaced. Hence, when selecting equipment to be replaced, an important consideration is whether it will increase the machine’s Return on Investment, in addition to increasing the machine’s running time.

During the drill’s mid-life rebuild, various old injectors and pipes were discarded and replaced with robust Graco components. Known for its durability and field-proven reliability, the Graco Fire-Ball pump was selected for this grease transfer application. Impunzi’s forward-thinking foreman, together with FloSolve, successfully installed a new grease system consisting of the Graco Fire-Ball 300 50:1 (55kg) pump, complete with GL-1 injectors, a Graco meter, harness, vent valve and FRL (Filter Regulator Lubricator). The hose fittings installed on the drill, aid in transferring the lubricant from the reservoir to the metering device, bearings, and other vital parts of the machine. The injectors accurately dispense the right amount of lubricant to the lubrication points.

Established in 1955, the Graco Fire-Ball has built a legacy
as the mainstay pump in the lubrication industry

With the Graco Fire-Ball pump installed, Glencore Impunzi can expect reduced downtime due to less repairs required. Upon completion of the grease system installation, FloSolve was commended on the quality of products provided, as well as the workmanship and turnaround time of the installations.

Built for the toughest of environments

As the mainstay pump in the industry for decades, the reputation of Fire-Ball is unrivalled. Built to withstand the test of time with fewer moving parts, the flagship pump is built to extend uptime so customers can be more productive.

Did you know:
The Graco Fire-Ball pump is built to last.
Graco recently unearthed an antique 1956 Fire-Ball Pump,
which is still in operation today.

Benefits of the Graco Fire-Ball Pump: 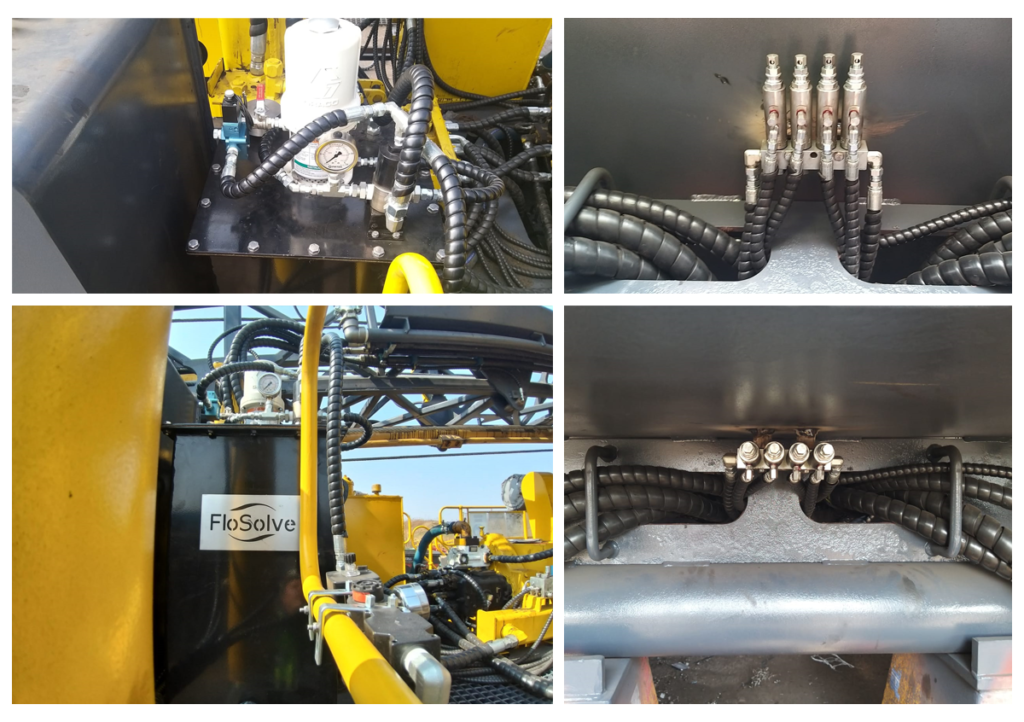 The mine used the following Graco products:

Get A Quote Today

Our focus is on saving our customers money while providing the best service and the best brands available. Request a quote today!